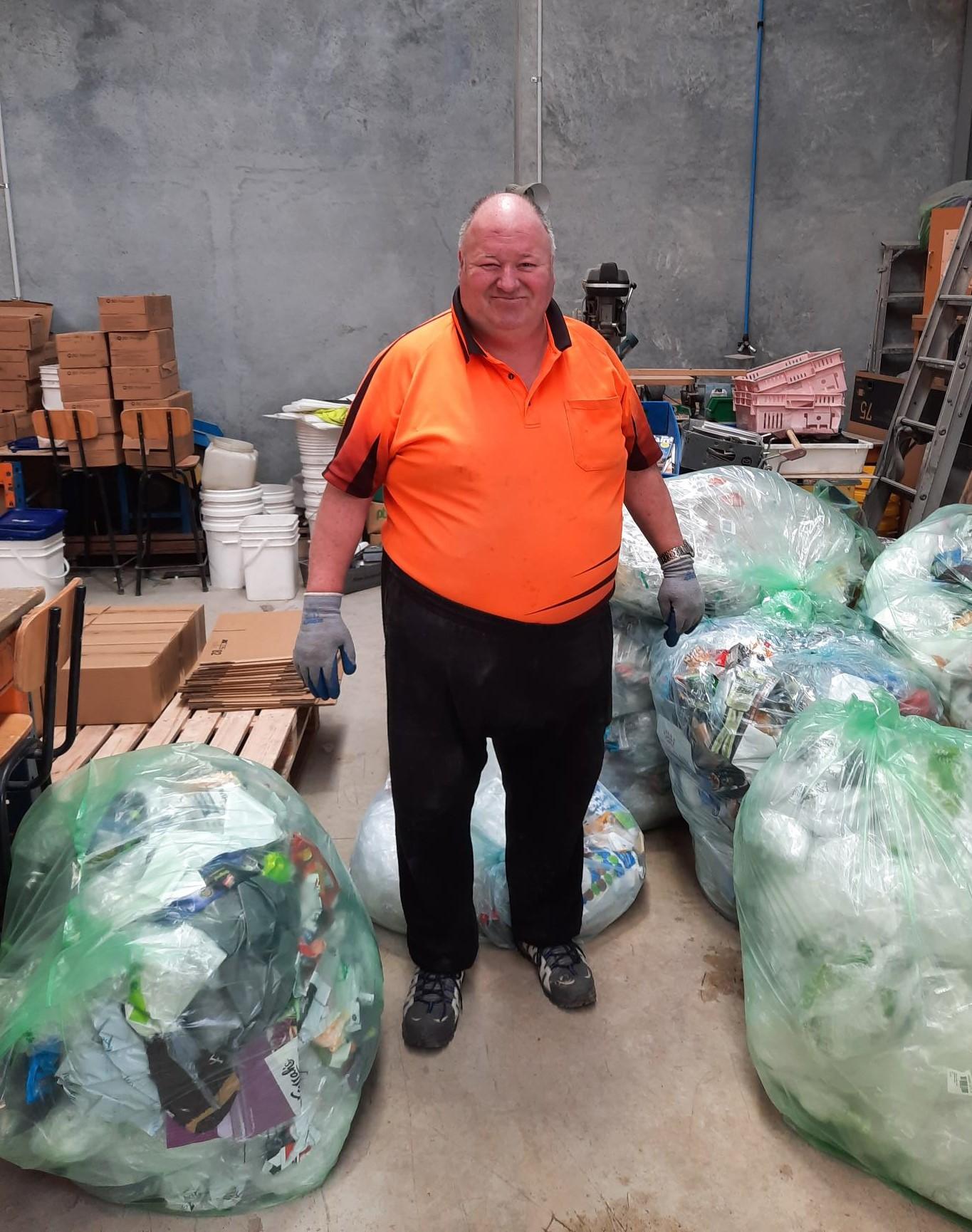 He didn’t take a single sick day in 27 years and was a passionate and reliable worker.

But like close to 70 other colleagues, storeman Flemming found himself out of work when Deane Apparel closed its Christchurch manufacturing plant just before Christmas last year.

And also employers were less than festive when he looked for a new job.

Many preferred to focus on Flemming’s Dysphasia and Autism rather than his proven work record or the much-sought-after forklift licence.

They saw challenges and issues, so Flemming and his mother Lis asked Workbridge to help those employers see the opportunity.

Employment Consultant Angela Lewes worked with Flemming to build his confidence, self-esteem and resume. This was the first time in close to 30 years he had had to look for another job, let alone attend a job interview.

Angela worked hard to “carve a role suitable for Flemming that supported his communication abilities and strengths in working in a factory environment”.

She worked with employers on what that role might be, and the support that might be needed.

“After negotiation and a successful interview, Flemming was offered a role within a fantastic organisation, Kilmarnock Enterprises, which supports all of his needs,” says Angela.

“Both Flemming and his Mum Lis have not stopped smiling since.”